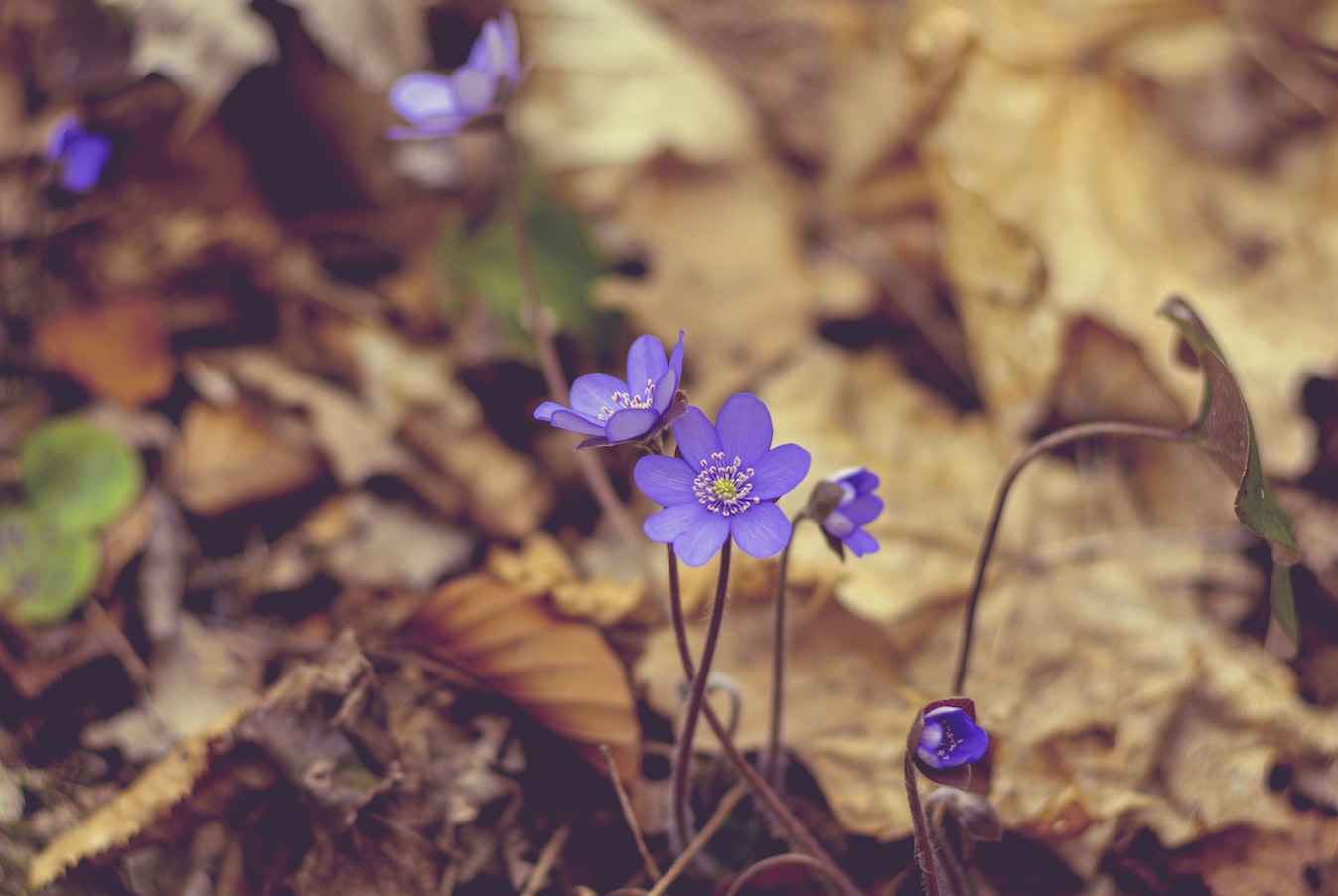 Environment restoration is a popular and successful method of combating climate change and healing our planet. This article delves into the details of the processes and how they help our Earth. 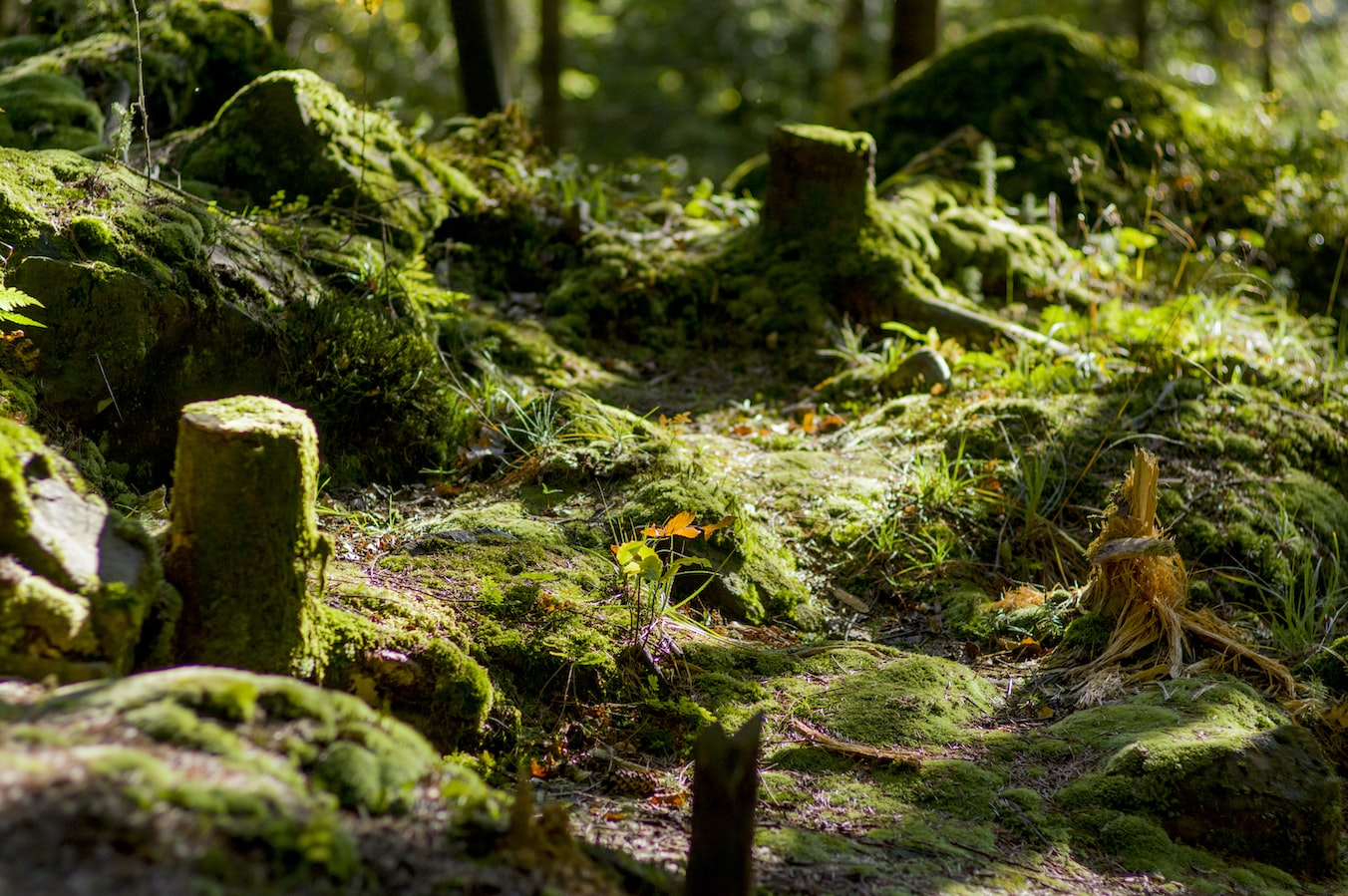 Reforestation is the planting of trees in a designated area in an effort to substitute carbon dioxide for oxygen in our atmosphere. Reforestation was created in an effort to combat wildlife and natural disasters and today is mainly used to fight climate change and deforestation. Sites where forests have been lost or destroyed are where most reforestation projects are located. The overall objective of the project can vary from economic interests, ecosystem services or to promote biodiversity. The Eden Reforestation Projects create job opportunities for locals to grow native species in the area. Seeds are taken by nearby forests and planting methods vary from natural regeneration to mangrove propagule planting. They work in countries such as Ethiopia, Madagascar, Haiti, Nepal, Indonesia, Mozambique, Kenya and in Central America. Reforestation isn’t as simple as planting a tree and leaving it to grow. Reforestation is complicated by ecological and social conditions which are never fully accounted for nor understood. Most planting projects are made from a very mechanical plan of going out to an area and planting saplings every 10-12 feet. This has become the standard for reforestation projects: planting the same species of plant in a factorial fashion. One criticism of reforestation is the encouragement ofmonocultures and depleting natural biodiversity. Monoculture is the cultivation of a single plant species in an area. Ecologists are pushing for a new model of forestry that would replace this method in order to make better use of area. The current model of forest restoration is now unfit due to increasing wildfires and droughts due to climate change, causing excess spending to combat fires, which should be going towards cultivating new reforestation projects instead of fixing old ones. There is also a safety concern of planting in areas that are in danger of wildfires. Instead of our current ‘pines in lines’ practice, we should implement better spatial arrangement and species diversity in order to ensure survival through fires and droughts. On a larger scale, theThree Zone Method is recommended. The Three Zone method involves dividing a plot into three categories, which is described in the Tamm Review report:

These areas can be identified and named by using tools such as datasets, models and seed terminal velocity data. After using this method, it is recommended to plant in heterogeneous clusters rather than in homogeneous factory lines as lower densities have been associated with greater water availability, except when between trees that fight for water capture areas and fungal networks amongst those trees. Prescribed burning to imitate natural wildfires can then be used to build resilience to wildfires. Lower and variable densities in reforestation increases the potential for long-term carbon capture because it decreases likelihood of death as trees grown in this method will retain their carbon dioxide in wildfires and droughts. While reforestation overall may be a short-term solution to excess carbon dioxide emissions, it is not a solution to climate change. According to NASA scientist Sassan Saatchi, “there are many factors to consider and planting trees will never be a substitute for decreasing fossil fuel emissions.” Restoring destroyed forests is a first step in fighting climate change as it will not only clean the air but can give back certain species their habitats, food, and give that area a chance to grow native species and fight invasive ones. In order to really combat excess carbon dioxide emissions we must tackle the problem at its root source. We must demand climate reforms from countries and businesses and make them agree to keep current forests standing and to restore the destroyed biomes with what was naturally there. From there, we should cut direct sources of carbon dioxide and invest in a greener future. 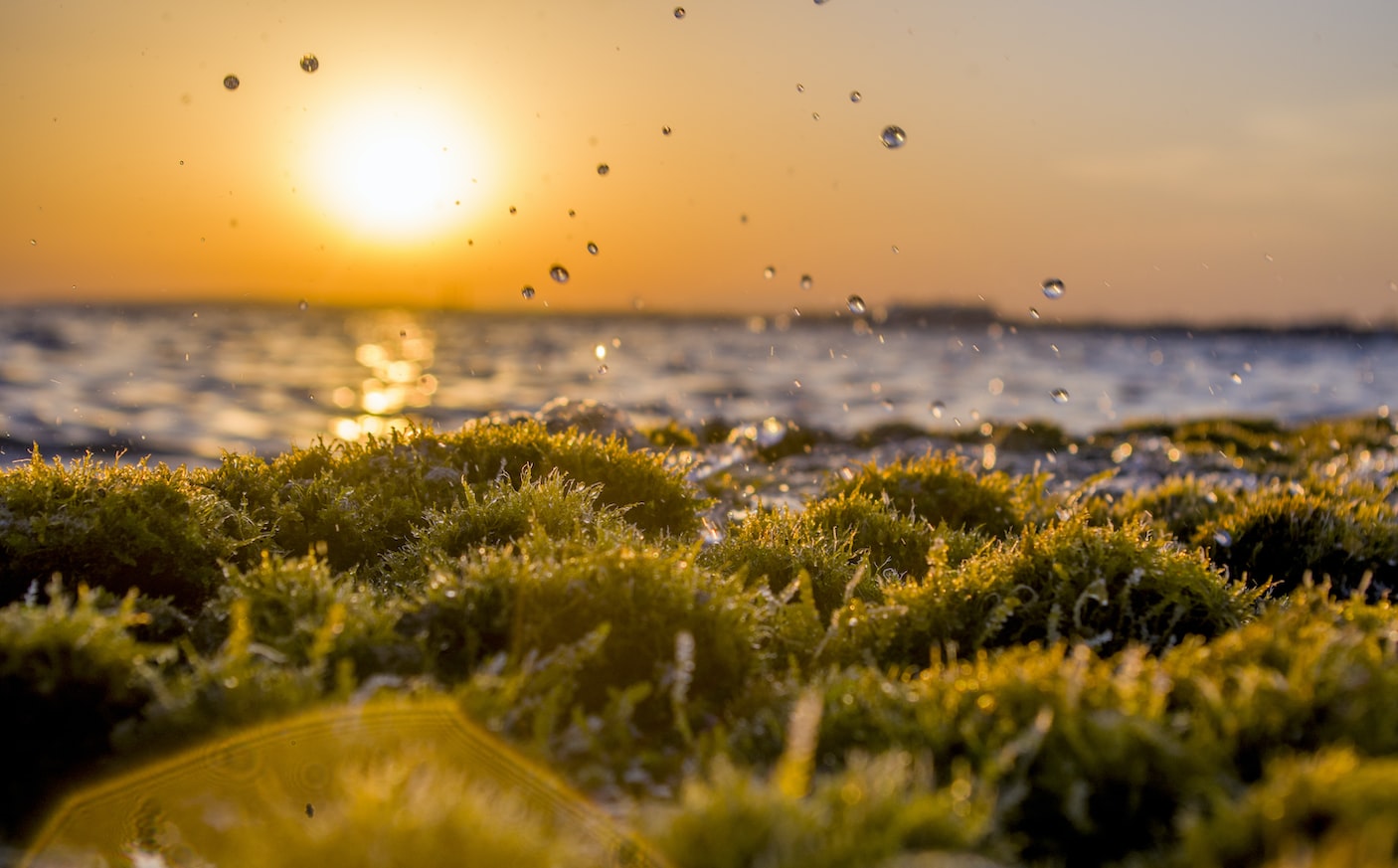 Biodiversity and Why it is Important

Biodiversity refers to the biological diversity of life on Earth, this term was created by American biologist Edward Osborne Wilson in the 2000’s. Genes, species and ecosystems, plants, animals and microorganisms are all included in this term. The web of life is a complex ecosystem that has developed over billions of years. Even the slightest change can disrupt life which is why it is so important to maintain biodiversity and native species in a given location.

According to the Global Issues organization, a healthy biodiversity provides ‘natural services’ such as water and soil protection, food, medicine, education and cultural values. In an ecosystem, species depend on each other.

The Global Issues organization describes an event in which humans have interrupted the ecosystem, fishermen encouraged the killing of whales in order to bring about more fish in the population as whales ate fish. The reduction in whales caused killer whales to hunt more of other animals such as seals, otters which left the prey of seals and otters to grow unchecked. This led to decreased kelp forests which led to fish eggs being eaten which ultimately led to less fish for those original fishermen to make money off of. 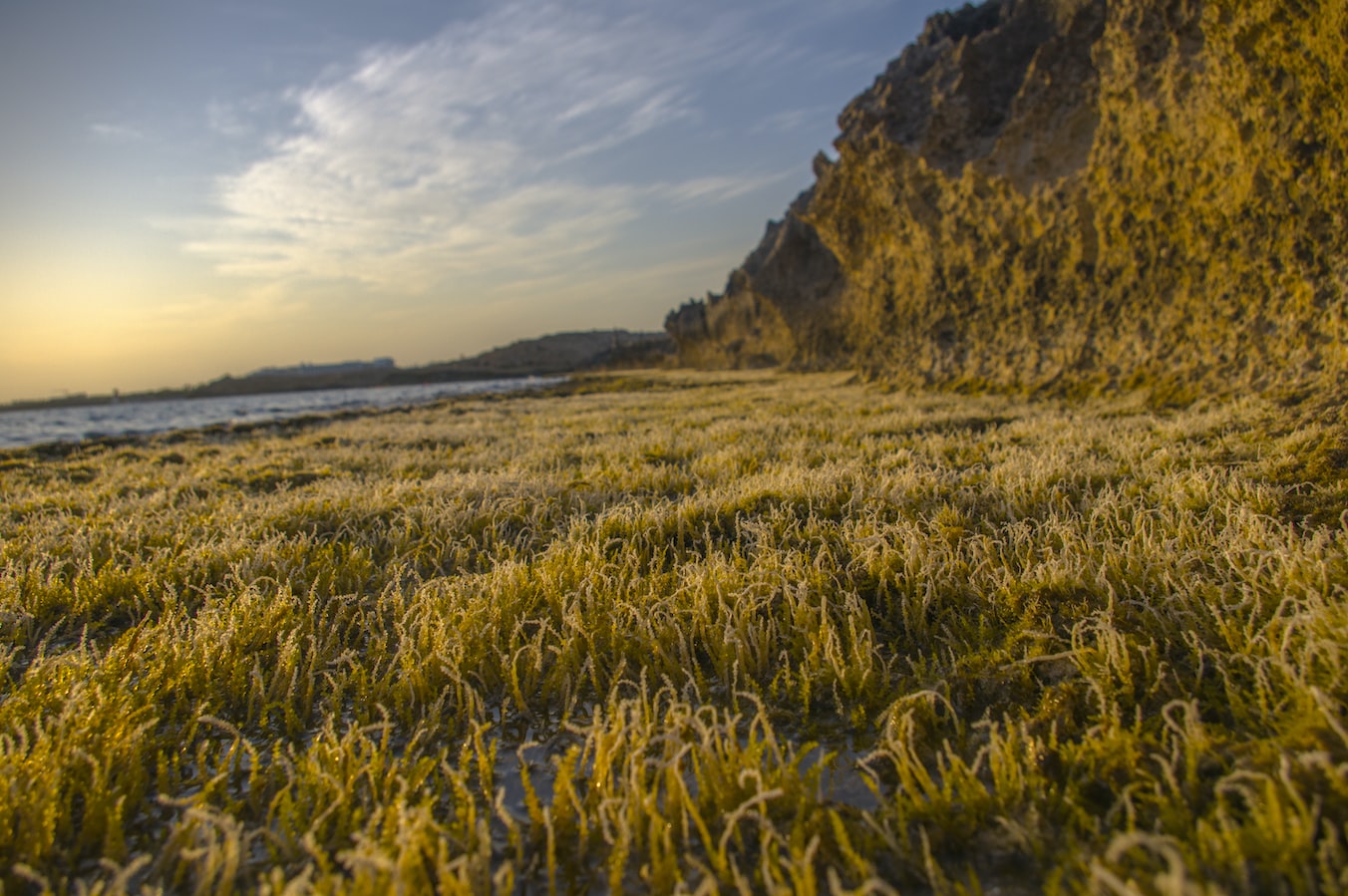 Manatees are a gray mammal in which algae grows on. They swim gracefully and are always near a water surface. They help keep the ecosystem in balance by eating seagrass. Manatees eat up to a tenth of their weight in a day. Manatees eat water grass, weeds, and algae. Manatees live in coastal waters and rivers. They may travel alone, in pairs or in a group. Florida manatees live in coastal waters, rivers and springs. In winter months, manatees migrate to warm water sites such as springs and power plant discharge canals. Manatees are easy to spot and catch as they are large and slow animals. They have been hunted for their skins, oil and bones which have caused them to become endangered. Now protected, manatees are still at risk as they interact with human boats and fishing nets.

The Schaus Swallowtail is a brown and yellow butterfly that can have a wingspan of up to 9 centimeters. They have magenta and blue scales, which can be seen when they are perched. Butterflies are a good sign of the ecological quality of a habitat as they are important in the food chain when they are fed upon as grubs and are also important as they are pollinators. The Schaus Swallowtail likes to feed on cheese shrub, blue porterweed, sea grapes, wild sage, wild coffee and guava in Southern Florida from Miami down to Lower Matecumbe Key in subtropical dry forests. These butterflies are capable of flying 3 miles in a day, and they have been known to fly between Keys. The Schaus Swallowtail was listed as endangered in 1984, and is threatened by insecticides, habitat destruction, droughts, hurricanes and illegal collections.

Wood storks are tall white birds with long legs and protruding bills. They use their beaks to capture fish by waiting in water with it’s bill open then capturing fish that come too close. They feed on minnows especially in pools where the fish congregate, and a family may eat more than 400 pounds in a single breeding season. Wood storks also eat killifish, mullets, insects, snakes, and seeds among other things. Wood Storks travel in colonies and live in freshwater wetlands and swamps. Climate change makes conditions unlivable for storks when heat waves happen, young birds have no protection and heavy rain can flood these nests, both killing the babies. Population decline is also caused by habitat destruction.

The Key Largo Cotton Mouse is the largest of all cotton mice found in Southern Florida. They are mostly brown with white underbellies and are 7 inches long. They like to feed on berries, seeds, nuts and insects. The Key Largo Cotton Mouse lives in tropical hammocks and builds nests in tree stumps and logs. In the mating season, the average litter is 3 babies per litter and they have 3-4 litters in a year. Habitat loss has isolated the populations of these mice which have increased the severity of all other threats. These threats include competition such as black rats or introduced species such as cats, fire ants, and pythons.

The Silver Thatch Palm is a tall, green-silver plant that lives in pine rocklands and hammocks. They bloom all year and peak in spring, their fruit is round and white. They are important as they provide food and shelter for wildlife and are the larval host for Monk Skipper butterflies. As they get older, they get taller and can be as tall as 19 feet high, their leaflets can be up to 3 feet long. 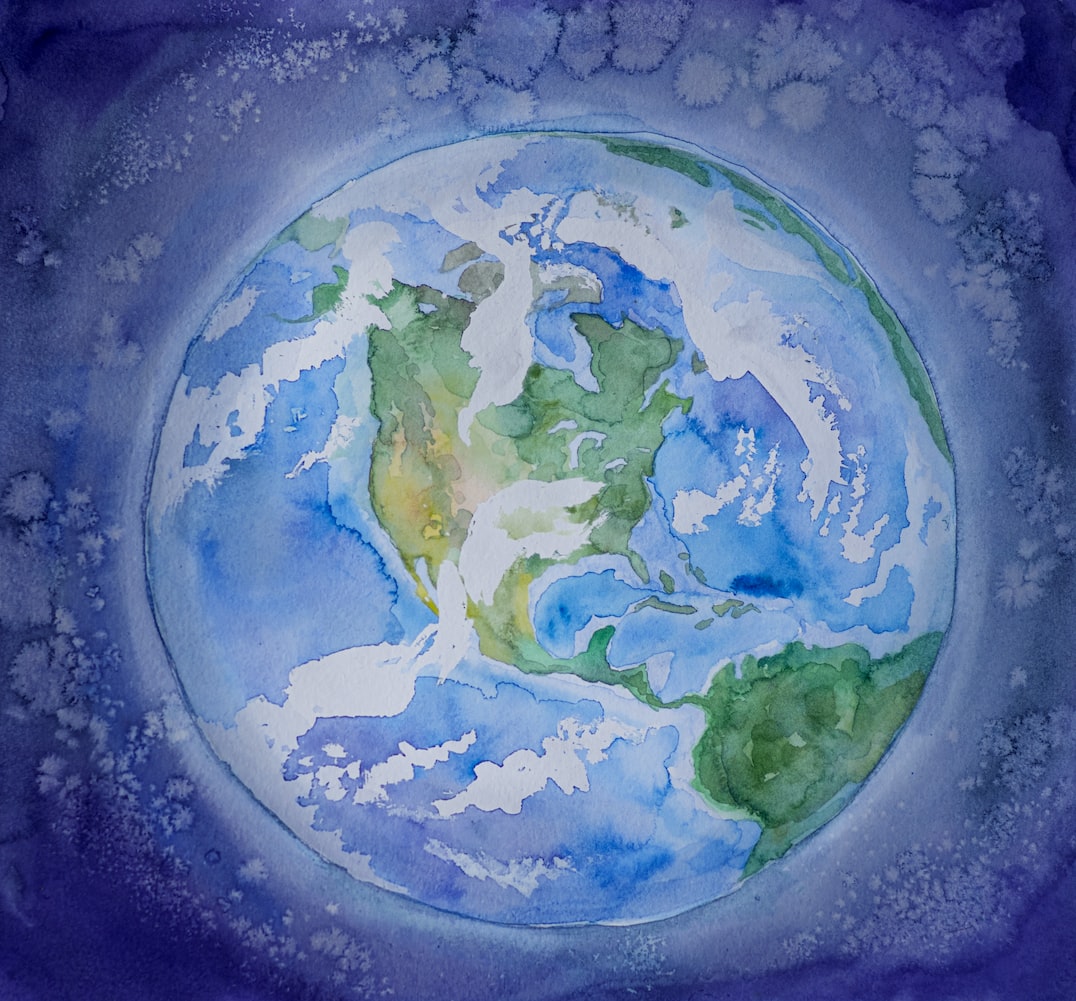 It is equally important to understand how methods work as much as it matters to implement them. In order to heal and nurture our Earth, we must first stop killing it then treat the wounds. Environmental restoration is just one of many resources that we can use to achieve our goals.

Stanturf, John A. “What Is Forest Restoration?” Restoration of Boreal and Temperate Forests, US Department of Agriculture Forest Service, pp. 3–11.